The Surefire X300U-A/B weapon light is the standard by which all other lights are compared.  The X300U is widely used by law enforcement and military, so it has proven itself as a durable and reliable light.  BUT... the mounting methods of the two versions of these lights are a bit cumbersome and quirky to use, and the fitment on most handguns is not that great.
The "A" version comes with two different mounting attachments: the "Lever Latch" and the "Rail Lock".  The Lever Latch attachment comes pre-installed on the light and is a quick release mount for easy installation and removal, but it's not a tight fit so the light fits loosely on a lot of guns. The Rail Lock attachment is supposed to address the loose fitment associated with the Lever Latch as it has an adjustment screw that tightens up a small wedge that puts pressure against the gun to tighten things up.  The Rail Lock is a pain to install and VERY cumbersome to use, and having to always have the correct size hex key around to loosen the adjustment screw to remove the light is not ideal.  We don't recommend using the Rail Lock mount at all.
X300U-A mounting methods:
Lever Latch 😊 vs Rail Lock 😢 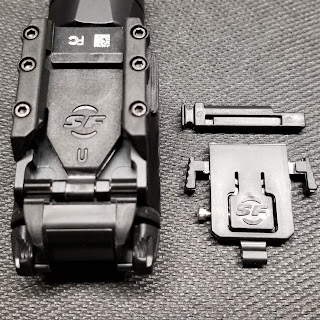 The "B" version uses a "T-Slot" thumbscrew clamp mount which is similar to other full-size weapon mounted lights (except the screw placement is on the opposite side of the light compared to other full-size weapon mounted lights 😕). For some reason, the thumbscrew does not turn freely even if the light is not attached to anything. You typically need to use a thin coin or a screwdriver to assist in mounting it to a gun because the screw or clamp seems to bind up several times throughout the adjustment travel. We've found that putting some gun oil on the threads of the screw and on the friction points of the clamp helps to smooth things out. Despite this issue, the T-Slot mount is the most secure mounting option.
X300U-B T-Slot mount 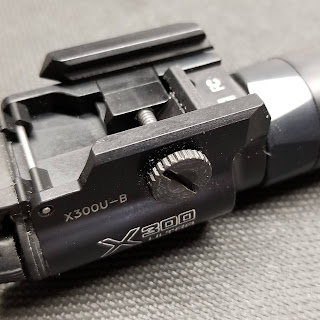 With either version of the X300U, the biggest problem we've encountered is that there is not enough clearance between the back of the light and the front of the trigger guard on a lot of different handguns. You could opt to mount the light one slot farther forward if your rail allows it, but then this puts the activation switches awkwardly out of reach. The only handgun that it seems to fit without issue is a Glock, but even that is still a tight fit. We reluctantly filed down the back of the light between the activation switches in an attempt to gain more clearance, but most guns required more clearance than we were willing to file off since we didn't know how deep we could go before ruining the light. After much frustration with this, an internet search showed similar frustration by other people, but we also came across a tip to remove the plastic spacer that is pinned to the back of the battery compartment door to gain additional clearance (wait... what?!?). If you read through the user manual for the Surefire X300U there is absolutely no mention of the ability or necessity to remove the 1/8" thick spacer to allow for more clearance at the trigger guard on most handguns. Why don't they include this useful tip in the user manual???
Battery door spacer... why is it there?!? 😕 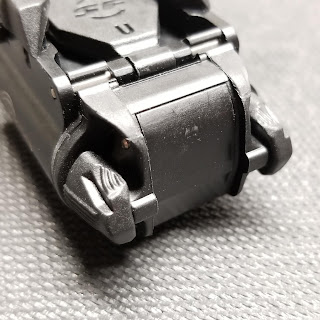 Here are the pins that need to be removed to remove the spacer.
Push the pins out from one side with a small punch or screwdriver. 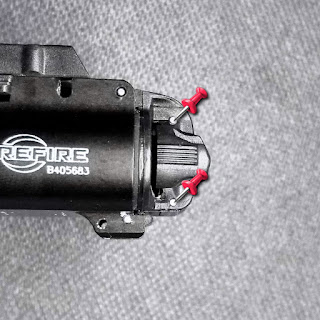 Spacer and pins removed to allow for more
clearance at the trigger guard of most handguns. 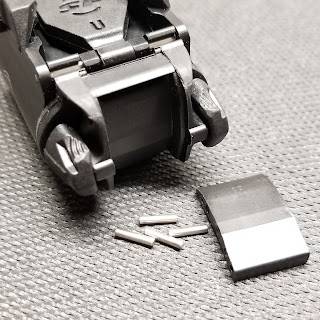 With the spacer removed, the X300U fitment is drastically improved on most handguns.  The "A" version with it's loose fitting Lever Latch mount can also take advantage of the spacer being removed by inserting a small piece of soft rubber tubing cut to fit horizontally in place of the spacer.  The tubing will press against the front of the trigger guard of the gun to tighten up the fitment of the light similarly to the Rail Lock's pressure wedge, but you don't have to use a hex key to tighten or loosen an adjustment screw.
Soft rubber tubing (1/4" OD, 1/8" ID). 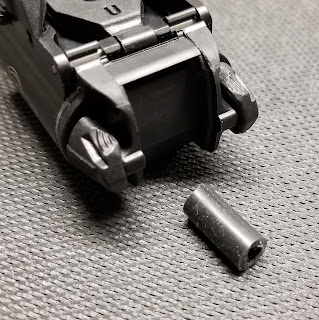 Tubing installed in the absence of the spacer. 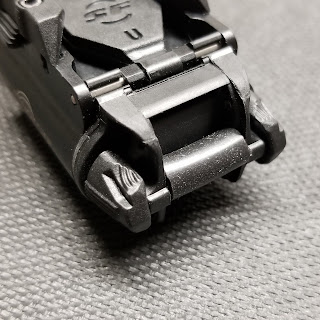 The tubing presses against the front of the trigger guard
to tighten up the loose fitment of the Lever Latch mount. 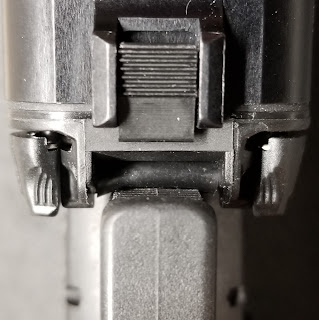 UPDATE - April 2021
We recently purchased another brand new X300U-B and discovered that the battery compartment door did NOT have a removable spacer! We opted to remove material from the back of the door to allow for better fitment, but ended up grinding through the housing with a minimal amount of material removed.  The switches still work, but this obviously will not be good for water resistance. Surefire sent us a replacement part (also with no removable spacer), and we removed material from the replacement, but did not remove as much.  It barely fits without issue on all of our test guns, so it's still possible to get the newer X300U lights to fit on most guns, but it now requires permanently modifying the battery door and risking ruining the battery door if you go too far.  For this reason, we feel the "B" version of the X300U with the T-slot mounting clamp would be the best choice, as the rubber tubing trick is no longer applicable for the newer "A" version without a removable spacer.
Spacer removed vs no removable spacer 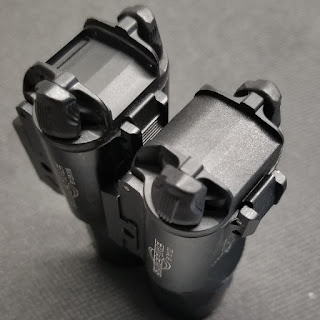 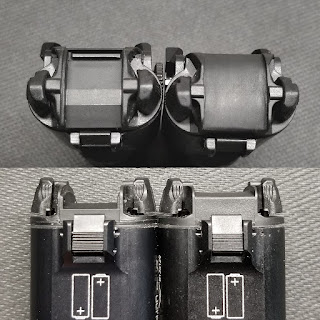 Don't remove too much! 😩 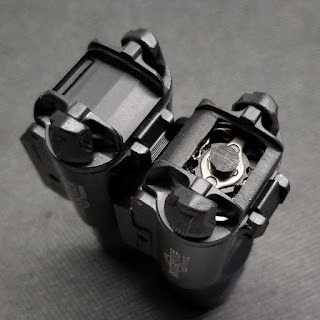 Check out our website for more details and pricing on all of our products!
http://www.rfvtactical.com/
at January 17, 2021

Here is a Sig P365 XMacro grip module that we chopped down to accept the 12-round XL magazines with our Concealed Carry texture. The XMacro ... 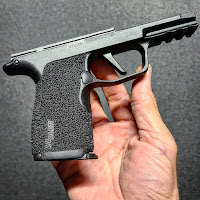 Chuck Brazeau
It's pretty much about guns, knives, motorcycles, and sports cars for me...